My name is Brian Meyette, and I welcome you to my little corner of the Internet world.   This web site started in the mid-1990s as a very simple single page, to teach myself the new HTML code.  It's grown to well over 100 MB since then.  It also features a

sub-web-site detailing the building of my Van's RV-7A plane.  That RV-7A sub-site has grown until it has taken precedence over this original main web site.

If you've hit this page as a standalone web page (without frames and Table of Contents showing), click here to bring up the full page, with frames.

There are MANY links here to info located on other people's sites.   Unfortunately, many of those links go stale over time.   If you encounter any bad links on my site, please email me, and I will keep them cleaned up.

Feb 7, 2013 - As anyone who has seen LAPD in action knows, they are dangerous armed thugs.  I used to like to visit Venice Beach when I went to SoCal, but I quit doing it because of the roving gangs of armed, menacing, and highly belligerent thugs roaming throughout the crowd - the LAPD.  I've seen them many times, wandering around with huge chips on their shoulders, harassing people at random, going up to people and hassling them, demanding people's IDs, bullying people, trying as hard as they can to start something.  On my last visit there, I found a cellphone on the beach.  I picked it up and took it to one of the police officers.   As I walked up to a group of them, one of them jumped out from his little gang, straight-armed me in the chest, and demanded, in a most belligerent way, that I tell him what I wanted.  After I said I only wanted to turn in a lost cellphone, he then demanded that I show him my ID.  I just walked away from him.  I've often wished I'd gotten his name, so I could file a complaint against him.   But at the time, I just wanted to get away from this nutjob before he shot me.  That's just one of dozens of cases I've seen of LAPD abuses.

Christopher Dorner was an LAPD cop.  After the LAPD forced him out for exposing abuses, he went on a rampage in SoCal.  HERE is his unedited manifesto.  Based on all the innocent people LAPD has already shot in the panic to kill him, I believe what he wrote is true.  If anything, the behavior of LAPD and other nearby police departments has done nothing but prove his allegations.  In the first day of the big manhunt for him, LAPD and Torrance PD opened fire on multiple vehicles that vaguely resembled Dorner's, without even finding out first who was inside.  They have already shot several civilians who did nothing and had nothing to do with the case.  I don't condone what Dorner's doing, because two wrongs don't make a right. 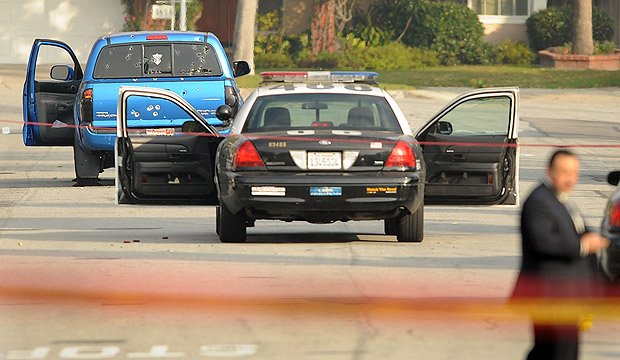 This blue truck belongs to a couple women who were out delivering early morning newspapers when LAPD opened fire on them for no reason at all - other than that they were driving a truck that VAGUELY matched Dorner's.   Dozens of bullet holes.  This was only one of TWO such incidents in Torrance alone on Feb 7, where police opened fire on completely innocent drivers just for driving a pickup truck.  The other truck was a Honda, so obviously it didn't take much of a match for LAPD thugs to start shooting.   Details HERE.

NOV, 2012 - All year long, but especially at this time of year, we’re besieged with requests for money from charities.  Some charities do very well, others are notorious for spending all or most of the money they collect on either paying out for professional fundraising (those people who call you at dinner to say they’re collecting for xxx, a fine sounding charity) or for huge salaries to the people running it.  Like American Cancer Society, for example – the CEO pulls in over 2 million bucks a year and they spend about 1/3 of the money on administration and fundraising costs.    Some others, especially some police & fire charitable organizations, are even more egregious – spending single-digit % on charitable programs, while spending percentages in the eighties and nineties on fundraising and admin/salaries.

Check out that charity HERE before giving them money

I was about to send some money to a charity I supported last year, but then I checked them out here & decided to put my money elsewhere.

Nov 5, 2011 - HERE is a Washington Post article that is another example of the big corporations ripping off all of us to further their greed and lavish lifestyles at our expense. Some poor guy loses his job and is on unemployment, and the IRS makes sure Uncle Sam gets his cut of that. As shown in this article, corporations, with Congress and the tax code bought and paid for, not only pay no taxes, but even have a NEGATIVE tax rate, raking in millions in credits instead of paying taxes on the billions of dollars they've made in part by sending our jobs overseas. With outrages like this, it's no wonder that people all over are staging "Occupy ____" protests.

OCT, 2011 UPDATE: after we got legislation passed in 2011 limiting how much the crooked banks can gouge the merchants with "swipe fees" (which of course they pass on to us), now the banks are going to start gouging the consumers directly - details HERE.

A reader sent me a very good definition of liberals and conservatives:

If a conservative is a vegetarian, they don't eat meat. If a liberal is, they want to ban all meat products for everyone.

If a conservative sees a foreign threat, he thinks about how to defeat his enemy. A liberal wonders how to surrender gracefully and still look good.

If a conservative is down-and-out, he thinks about how to better his situation. A liberal wonders who is going to take care of him.

If a conservative doesn't like a talk show host, he switches channels. Liberals demand that those they don't like be shut down.

If a conservative is a non-believer, he doesn't go to church. A liberal wants any mention of God or religion silenced.

If a conservative gets an email promoting ideas he doesn't support, he deletes the email.  A liberal will send an angry, outraged reply, demanding that the sender cease immediately. 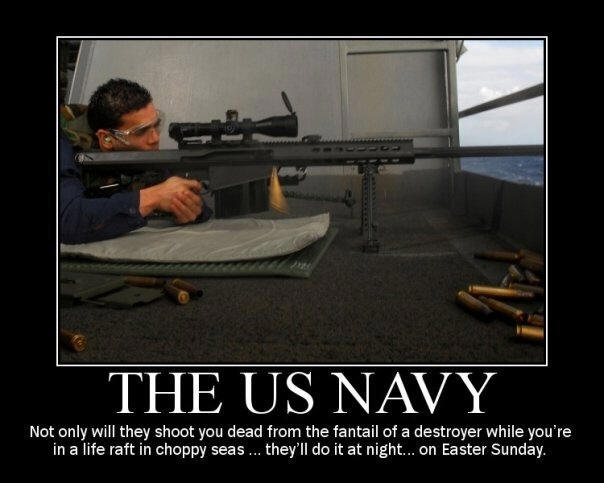 4/18/09 - Quick solution to pirate problem is to deploy an aircraft carrier to the region.   The area may be too big for ships to cover , but not for supersonic jets.   When pirates approach a ship, captain contacts carrier directly on pre-arranged frequency or sat phone.   Jets are scrambled & vaporize pirates with air-ground missiles and 30mm cannon.   No talking, no water cannons, no more of this stupid "catch & release", no trials, no screwing around.    Very soon, pirate problem disappears.  Unfortunately, no one seems to have guts enough to do this, probably in fear of the liberals' reactions.

April 4, 2009 - unbelievable, but apparently true - see what the left fringe wants to do for illegal aliens - click HERE for CNN report

March 9, 2009 - Sept 11, 2001 made us forget the trouble the Chinese had started with us earlier that year with our new President, by downing one our planes.  Now, they're at it again with a new President.  See story HERE.   Companies are so eager to do business in China that too many people overlook incidents like this.  People who think the Chinese are our "friends", business partners, or anything other than our Communist enemy are deluding themselves.

Have you heard about all the benefits of microcredit and how important it's becoming?  At Kiva you can directly participate in helping others through microcredit, on a one-to-one basis.  Give people a hand up, rather than a hand-out. 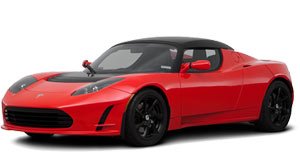 Even though less than noble interests killed the electric car, a new company has come up with this incredible new all-electric high performance sports car, the Tesla.  2007 production is already sold out.  2009 update - see this movie, and you'll get an idea of why bailing out GM for its bad behavior and shortsightedness is such a bad idea.

Are you concerned about your PRIVACY?   Watch this amusing and alarming video.  Not that I am usually a great fan of the excesses of the ACLU, but this is certainly something to be concerned about.

Are you concerned about the food you eat?   See THE MEATRIX video and the movies Food, Inc. and King Corn to see where your food REALLY comes from.

HERE is a perfect example of the increasingly prevalent kind of people and companies supplying America's food.

See what (if anything) I'm currently selling on  EBAY  OR GUNBROKER 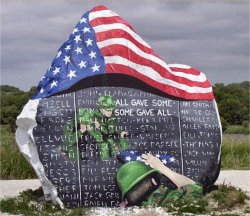 Have you seen THE ROCK?  Click here for more.  Be sure to scroll down.

THE TOOLS OF MY TRADE 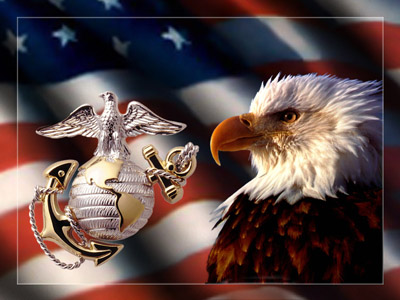 "They're on our right, they're on our left, they're in front of us, they're behind us; they can't get away from us this time."
- Col Chesty Puller, USMC, Chosin Reservoir, Korean War 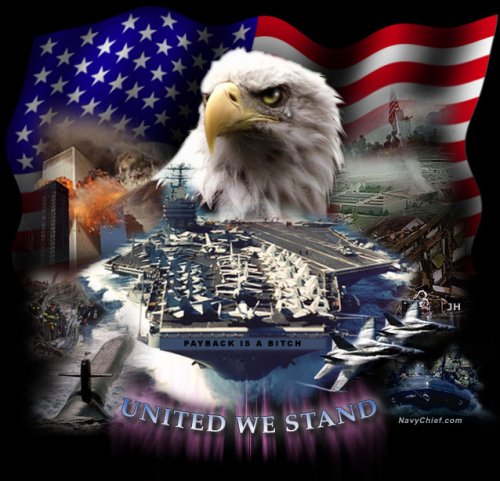 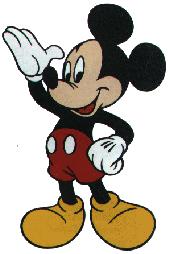 So long for now. Thanks for stopping by! Please let me know if you encounter any broken links.

Sep 5, 2006 - cleaned up old stuff from home page and moved it to new "liberty", "terrorists", "outsourcing", and "immigration" pages.

March 31, 2009 - dumped Starband & switched over to meyette.us domain via bluehost - a wise and long overdue choice

BACK TO MY RV BUILDER'S HOME

BACK TO BRIAN'S HOME